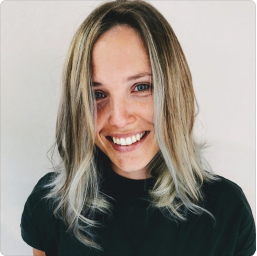 Travel sellers with Duffel can now access LATAM, the largest airline group in Latin America. Before the pandemic, LATAM had more than 70 million passengers across LATAM carriers and offered destinations throughout Europe and the Americas.

LATAM Airlines Group is the main airline group in Latin America; it is present in Brazil, Chile, Colombia, Ecuador, and Peru with international and domestic passenger and air cargo operations. The group is a benchmark for connectivity, given its broad network of 117 passenger and cargo destinations, flight frequency, and connection possibilities, boosted in South America through the hubs in São Paulo (Brazil), Santiago (Chile), and Lima (Peru).

Last year, the group was recognised by the Official Airline Guide (OAG) as the most punctual in the world, based on its On-Time Performance (OTP) indicator between January and June of 2021. LATAM was also awarded the first place in punctuality among Latin American carriers by Cirium’s May 2021 “On-Time Performance” report.

LATAM Airlines Group continues to be recognised year after year for its health and safety standards, and 2021 was no exception. During the year it was awarded with the Diamond category, which is the highest of its kind, by APEX and Simpliflying. LATAM is the first Latin American airline group to meet this standard.

In Premium Business, passengers also receive an enhanced in-flight experience, with flat-bed seats and an improved mattress pad, designed to regulate temperature, ensure airflow and calm the pressure points of the body during sleep. Passengers enjoy touch screens up to 18” with noise canceling headphones and a tailored menu with premium wines selected by a master sommelier.

With Duffel, you get direct access to flights from LATAM Airlines as well as 25+ other major airlines. You don’t have to worry about updates, maintenance or bugs. Duffel’s developer team manages all technical requirements from the airline and provides you with one standardised API. You can create an account and get started on the integration right away without any setup fees.