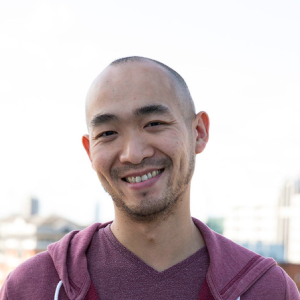 I remember when I first heard about Duffel. The name didn't ring a bell, but the job and mission that one of the Founders had described in his message, as well as the trajectory the company had been on in a short time, sounded awesome. By that time, after spending a month of my sabbatical interviewing full time, I'd just accepted another offer. And as tempted as I was to talk to Duffel, I didn't want to bring bad recruiting karma on myself.

A few months later, said recruiter kicked off an informal conversation. I wasn't loving my job in a start-up accelerator and Duffel had speculatively started thinking about doubling down on recruiting and hiring a second person to the team. Unsurprisingly as I'm writing this blog, I ended up joining Duffel 😄

Why was it exciting?

Duffel was different. The unique thing for me as a recruiter was our Founders investing in a recruiting team so early. Here we were in the first 10 employees and with 2 recruiters already. When I think about this, it still puts a wry smile on my face. One of our values is "people come first" and it was so exciting to see the Founders back their words up with the right actions.

Our main focus was on building the right team for the Duffel of today and tomorrow. Don't get me wrong, getting people in quickly was important but we all agreed that maintaining quality of process and hiring the right people had to be the priority. There was a sweet spot of doing things as fast as possible, without compromising on the quality.

For a recruiter coming into a desire to hire that way is already great. But throw into the equation that I didn't come into a recruiting battlefield where you're tasked with "fixing" the bad recruiting habits that have been formed and dealing with the problems they had caused, it was a dream job. A truly blank slate to work with.

Was this the plan all along?

Absolutely. When our Founders started Duffel, their priorities were building a great product, team and environment to work in.

They realised they needed to invest in people early on.

"We wanted to build something long lasting", says Tom our Co-Founder. "People not only build the product, but they shape the company and its culture".

More specifically we needed to focus on two things. Providing a great candidate experience to everyone we spoke to and hiring the strongest candidates in the process.

What is the impact for company?

Hiring always requires everyone's time but having recruiters early meant we were able to reduce that and give everyone as much time as possible to do their "day jobs". That's not to say we don't need everyone's help to hire well, but we use their time to partner with recruiting, rather than have them run recruiting themselves.

From a very early stage we were able to put structured hiring processes in, try to tackle D & I early and document the things we were doing for future recruiters joining the team. Ultimately we didn't fall into a common trap of hiring people over a "quick chat" which I've seen backfire too many times. Every hire at Duffel, we've taken the time to have meaningful interviews and discuss what they'd add to the team; both functional skills and culture add.

We were also able to have 2 experienced recruiters sourcing candidates for what was our foundational team. Sourcing takes time to yield results at the best of times, but those early months we were in stealth mode were particularly tricky in capturing candidates attention. What made it all worthwhile was once we got candidates to talk to us and we told the Duffel story, they were genuinely interested in what we were doing.

What is the impact for candidates?

We get so many positive comments from candidates about how structured and organised our interview processes are. From those who join the team and those who don't. This comes from having clear interview processes, interview guides & preparation for candidates, an always available point of contact and detailed interview feedback. Our value of "people come first" stretches to candidates interviewing with us, and if you're willing to spend the time getting to know us, we'll make it a worthwhile experience for you.

Pre and onboarding new joiners was also something we were able to work on early. We give new joiners a chance to get to know the team and understand what they're working on without putting too much pressure on them to do homework while they transition jobs. This involves reading and watching materials, invitations to company socials and contact details of other team members - all optional of course.

We built onboarding for people to adapt to how they learn best. We have a 3 track onboarding; generic (payroll, benefits etc.), industry (Duffel and the travel industry), and functional skills relative to your job (engineering, recruiting, sales and so on) and new joiners do these in the order that works best for them. While we will have enough 1:1's pre-scheduled for new joiners in week 1, we also leave them room to build relationships and ramp up at their own pace.

Having recruiters in the team early enabled us to do all of the above. It's been a great (and intense) year. It took a candidate having a look at my LinkedIn and asking me how the year's gone for me to realise my anniversary was coming up! I'm really proud of all we've achieved and the team we've built as we've gone from 10 to 30 people. Sure we've dropped some balls along the way, we're only human but I'd like to think we take responsibility for those really well.

In the end it's not for me as a recruiter to judge our hiring processes. It's for our candidates to judge and we want to hear positive and constructive feedback. The amount of the former we've received in the last year makes me very happy we're doing a lot of things well 🙂.  We're excited to share more hiring stories in the coming months - both good and bad.

Thanks for reading, until the next blog ✌️